At your service...Today...Tomorrow...
We appreciate the privilege of serving you!

The project in Immersion Corporation was SharePoint deployment.

Immersion Corporation is an electronics company specializing in haptics. The company’s content was stored in multiple shared network drives, wiki systems, CVS systems, and personal computers. In addition, documents in hard format are being used because they are not available in electronic format. There is no unified place for storing and accessing content.

Spreading out content in multiple locations made it difficult to find, re-use, and update. This also discouraged further adding of the new content and thus created areas where no documentation existed and the knowledge instead of being shared was being stored in personal computers. Storing the content in personal computers presented a risk of it being lost because it was not backed-up.

Existing content storage systems did not meet users’ requirements. The existing content was not categorized optimally and therefore the browsing function was inefficient. There was no search mechanism to search shared network drives.

Wiki and CVS systems search function was ineffective because of either wrong metadata or its lack. All current content storage systems did not have version control and audit trails necessary to control documents changes. There were no workflows in these systems. It was not possible to set up optimal security permissions in these systems.

There was a lot of obsolete content because no content owners have been formally identified and no retention schedule has been set up. In addition current storage systems did not have functions that would flag the obsolete content.

Collaborative work on the documents and projects was accomplished by sending documents as an email attachment which was inefficient and time consuming. There were no functions for project management.

I performed the users study. I identified stakeholders within each Immersion team and created the questionnaire for collecting teams’ requirements for a content management system and the usability issues. I held meetings with all teams’ stakeholders, managers and individual contributors. In some cases, I held few meetings were with one team.

Since Immersion used Agile software for the document control purpose, CRM for its customers management, Oracle system for financial operations, I also held meetings with Agile and CRM stakeholders and users. During these meetings I asked team members about their existing methods of finding the information and collaborating on documents and projects.

All users unanimously stated that:

A representative within each team was identified to be the primary contact between their team and myself, and for the purpose of getting the feedback from their teams, collecting teams’ requirements, and determining usability issues. The questionnaire for collecting teams’ requirements for SharePoint and the usability study was distributed to teams. Responses to the questionnaire were submitted to me which along with meetings findings served as the base for the functional requirements for the CMS deployment.

Since teams expressed interest in using SharePoint, I recommended to the management to proceed with its deployment. The project was approved. I created functional requirements which were submitted to IT. I have reviewed the document with the IT staff so that we would be in agreement about functional requirements and users’ needs.

Based on stakeholders’ feedback, I defined and created the information architecture, taxonomy, metadata, and content types. A decision was made on how SharePoint would integrate with Agile software, Oracle system, CRM, etc. as well on defining document types that would be uploaded into each system.

Then I created sites, libraries, and lists. Metadata, workflows, and information management policies were set up for each content type. I have created advanced search and configured metadata for it. IT has configured the metadata and the crawler on the server level. IT has also set up all applications functions on the server.

Document owners for each document were identified and entered into metadata. Retention schedule was identified for each content type and three-state workflow was set up to flag the content that would reach an expiration date.

Upon the reaching the expiration date of a document, a document owner and me would get an email-alert from the system that this has reached an expiration date. This alert would allow the content administrator, in this case me, to contact the document owner for the decision on what should be done with this document: review and update, move to an archive, or delete.

Based on department managers’ decision, security permissions for documents were set up. The system was set up for content approval before it is published which provided assurance that documents are uploaded in the correct place and the correct metadata is populated. I was approving content before it was published. Procedures for information governance were defined and supported by the company management.

User acceptance testing of the system was performed. Users were satisfied with the system set up and functions and it was deployed. Information governance was set up from the very beginning. Group and individual training was conducted on ongoing basis.

After the SharePoint was deployed, users started uploading their documents into it. The plan was created for migrating content from network drives and other systems into SharePoint.

The project was a success. Company management and users were very cooperative in helping to make this project a success.

SharePoint deployment helped to increase efficiency and productivity and thus saved Immersion cost because employees did not waste any time on searching for documents or recreating documents that already exist. The system later was adapted by multiple users for multiple purposes. 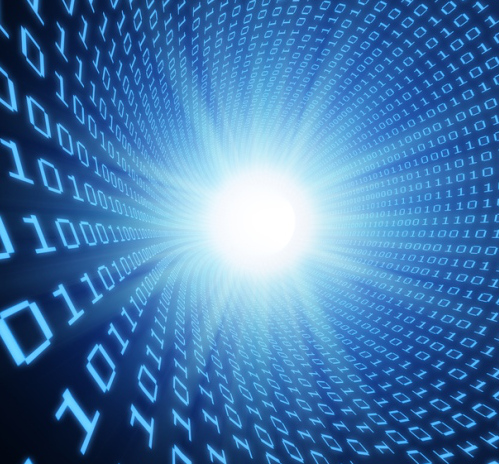